I typically associate Veganism with anti hunting and anti gun schools of thought. Most vegans ultimately don’t agree with killing animals, and many of them are pretty vocal (to a fault) about their lifestyle. They also tend to be far left leaning and vote with little regard to the 2nd Amendment. So for a hunter that uses guns to kill and subsequently eat his own food, I find the vegan ideology quite troubling.

Which is why when I came across Katie Newell, I immediately wanted to sit down with her to figure what makes her tick. A vegan who’s a staunch conservative 2nd Amendment supporter? How can this be? In my mind these things don’t coexist. I certainly enjoyed visiting with her and while I believe she’s in the extreme minority of vegans, it was refreshing to know that vegans like her (who choose to live and let live) are out there somewhere.

Next we spend some time visiting with Upland Game Bird Consultant Greg Koch. His 40 plus years experience in working with upland birds and habitat management might be a peak into the future of bobwhite quail hunting – certainly it has to be considered on parcels of land that have long been void of quail.

While it’s easy to say “We’ll lets just manage the habitat better and the quail will come back”, the reality is that once the quail are gone, they generally aren’t coming back. The factors that play into those equations are many, but if the quail died off, there are reasons for it. So what can be done for the landowner who no longer has wild quail but longs for the good old days of pushing coveys behind a good pointing breed? Greg’s system and ideas aren’t perfect, but I do believe he offers the next best option for those still longing for the next covey rise. I specifically found this take on selective breeding fascinating. 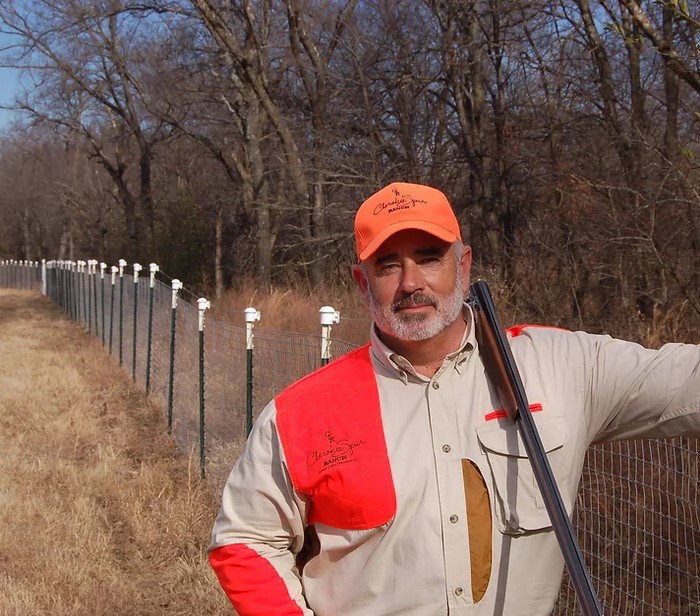