It’s no secret that I have no patience for anti hunting movements or ideologies. So when I found out about the group known as ‘Texans for Mountain Lions’ petition to Texas Parks and Wildlife concerning protections for mountain lions, I brought as much attention to it as possible. Nothing I’ve said or will say on this episode is untrue. I have used their quotes and mission statement to back my claim that they’re anti hunting/anti trapping and aren’t on the side of scientific based wildlife management.

I will caveat that stance by admitting a few of the members of their coalition (board) might shoot a deer each fall so calling them unequivocally ‘anti hunting’ might be the wrong terminology.  Moving forward I will try to stick with ‘anti predator hunting and anti trapping’ when describing this organizations ideals. I recently went and spoke out against their petition and movement at the Texas Parks and Wildlife Annual Public Meeting in Austin, Texas.

(Cable speaking to the TPWD Commission in Austion) 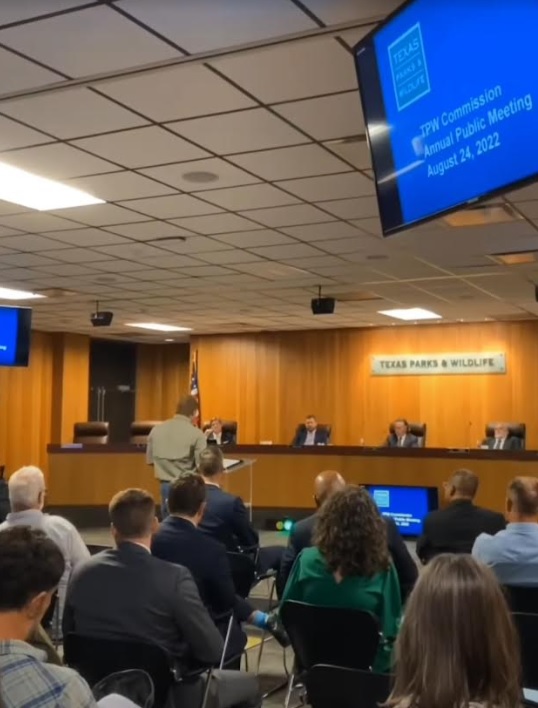 While in Austin, I met Jeremy Harrison, a West Texas rancher and landowner who also happens to be one of the founders of the West Texas Big Bobcat Contest. On this episode I’m joined by Jeremy and West Texas Big Bobcat Contest co founder Todd Schwartz. We discuss the value that predator management adds to landowners and the game animals that we all love to pursue from a population standpoint. We hit on the history of the WTBBC which since it’s inception in 2008 has turned into the largest predator hunting contest in the world.

Then, on a more sinister note, we take a deep dive into the Texans For Mountain Lion’s Coalition (founding board members). There’s a ton to uncover as this organization is far from the transparent outfit they want you to believe they are. One of them even attempted to get the West Texas Big Bobcat Contest canceled and when that failed she showed up to protest at the weigh in. Hold on tight, because that doesn’t even scratch the surface once you start connecting dots on this group. 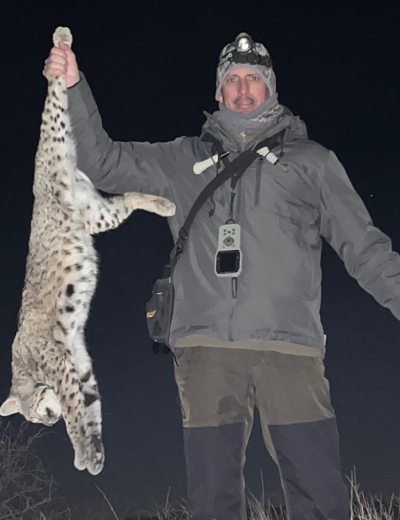 Texans For Mountain Lions Founding Coalition Member Pam Harte. She actively tried to shut down the WTBBC and then protested in person. Ironically, she also was a producer of the Project Coyote (anti predator hunting organization) film “Wildlife Killing Contests”. Where there is smoke, there’s usually fire, a big ass fire in this case. 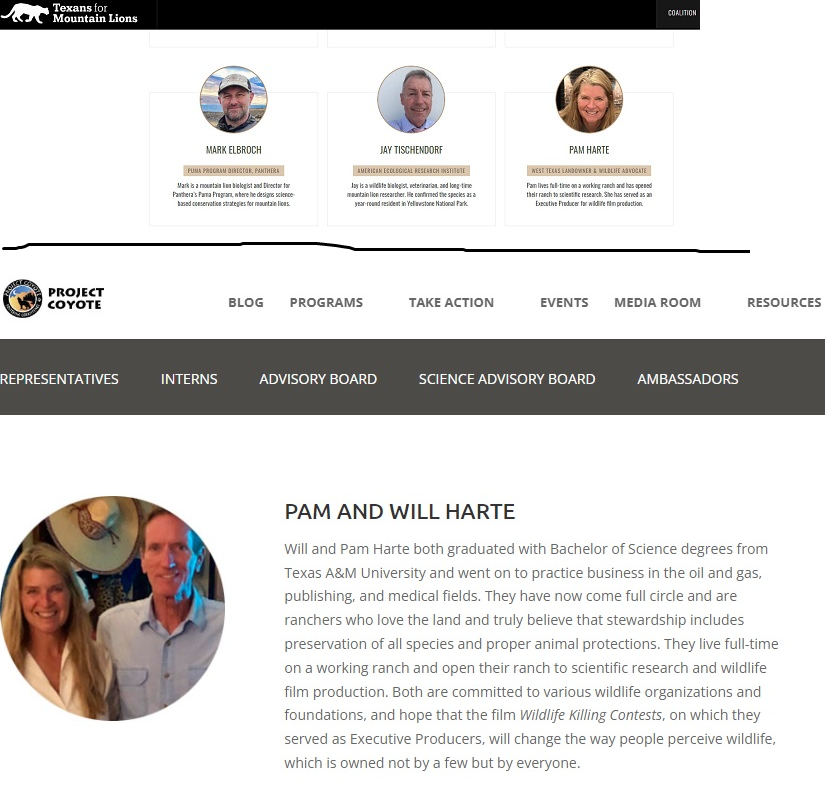