Episode 613: Ike Eastman on Biggest Threat to Hunting Community, The Monster Ohio Deadhead That Went Viral and Cable Gets Cancelled

Episode 613: Ike Eastman on Biggest Threat to Hunting Community, The Monster Ohio Deadhead That Went Viral and Cable Gets Cancelled

I was sitting in the duck blind with my brother and a friend last weekend and went to post a story to Instagram. Unfortunately, my page (with 145,000 followers) had been disabled by Instagram in the middle of the night. It’s no secret that Silicon Valley likely doesn’t appreciate my way of life and political views, however the content they repeatedly flagged on my page doesn’t now nor did it ever violate their community standards. (Case in point below). I’m not sure what (if any) recourse exists or if this is just the new norm for hunters and 2A supporters alike. I hope the outdoor community rallies for everyone in our ranks that gets cancelled, time will tell if that is reality or if we’re all just in it for ourselves. 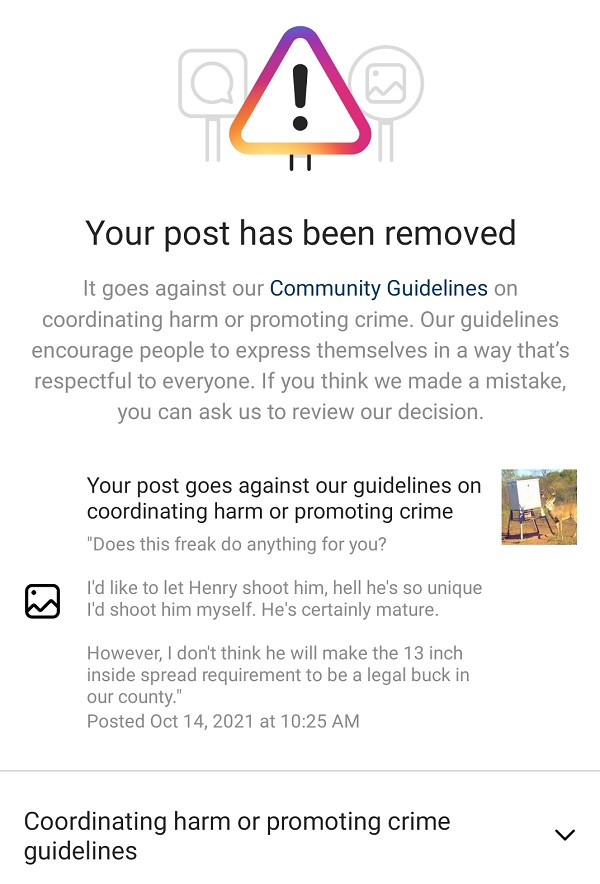 Next, I’m joined by Ohio hunter Jason Kline. He recovered the famous Ohio monster the local community affectionately referred to as ‘Herman’. How did this famous buck avoid a hunter’s arrow or bullet all those years? How did he ultimately meet his end and how was Jason eventually able to recover his rack? Jason shares this buck big tale with us- including a moment where Jason was looking at through his scope – broadside at 80 yards! 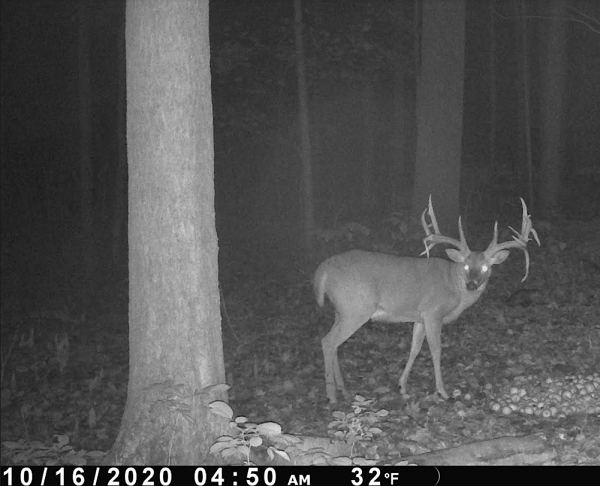 We wrap things up by checking in with one of my favorite guests in the form of Eastman’s Hunting Journals Ike Eastman. We taped this conversation at the SCI Convention in Vegas a few weeks ago. The laughs are never on short supply with Ike but underneath the humor lies a serious message to the hunting community. Ike explains why it’s so important to thoroughly vet companies we support moving forward. I believe it’s one of the most important conversations we’ve had in recent memory.

Then we spend some time looking back at 3 monster Wyoming mule deer bucks that changed the way the state understood and managed it’s mule deer population. Their legacy so important that one of the deer ‘Popeye’ is still raising money for mule deer conservation long after his death. Ike breaks it all down and explains how Popeye ended up on a bottle of bourbon that resides in my liquor cabinet.

(Ike and I on media row at SCI in Las Vegas)